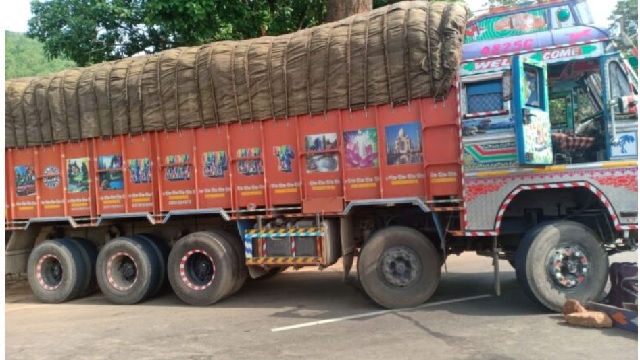 Mayurbhanj: As many as 11 people have been arrested by Odisha Police in connection with the firing case near Jashipur tollgate in Mayurbhanj district this morning.

Reportedly, Jashipur police apprehended the 11 people involved in this firing case as well as seized three cars and one truck.

The cops have also seized many firearms and sharped weapons from their possession.

Jashipur police had initiated an investigation based on the CCTV footage from the camera that had been installed near the toll gate.

Notably, as many as two persons have sustained critical injuries in this firing. Based on a reliable piece of information, the volunteers of Deva Sena intercepted a cattle-laden vehicle near Jashipur tollgate.

Thereafter, the miscreants who were traveling in a vehicle, escorting the cattle-laden vehicle, opened fire at two volunteers of Deva Sena and fled from the spot.

As a result, the two persons sustained critical injuries. While one was shot in the leg, the other youth was shot in the arm. They were rushed to Jashipur Community Healthcare Center (CHC) for immediate medical treatment and later shifted to Baripada Hospital.

Mahindra Scorpio-N revealed, To launch in India on June 27