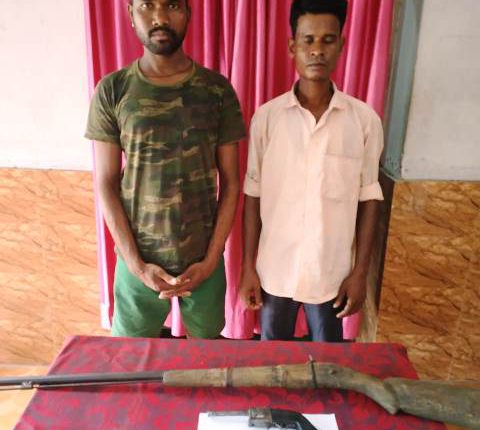 Cuttack: Choudwar police last night seized two firearms and arrested two persons in this connection. Police have seized a country-made pistol and a single barrel rifle from the possession of the duo identified as Ramesh Sahoo (32) and Bharat Hembram (29).

Police said that acting on a tip-off, a police team raided the hideout of the both the accused near Ramachandrapur and nabbed both of them.

“They claimed to have kept the firearms for sale. Both of them have been further interrogated to ascertain the source of procurement of the firearms. We are also trying to verify their antecedents,’ said a police official.