Fire in Bhubaneswar slum reduces over 22 shanties to ashes 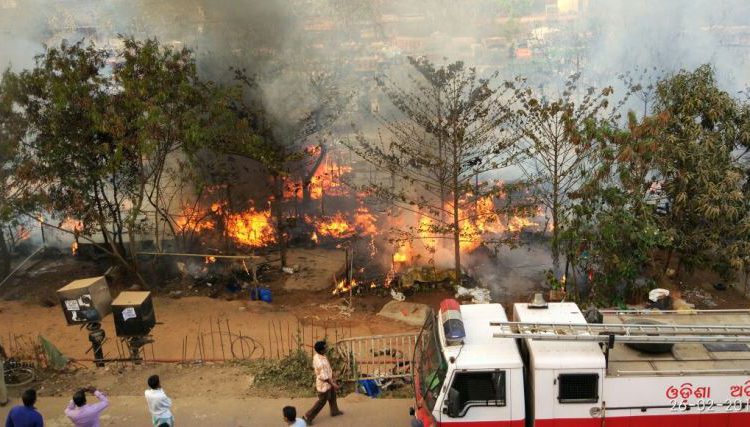 Bhubaneswar: More than 22 shanties including some vehicles were gutted after a major fire broke out at a slum located near Durga Mandap at Rasulgarh square here this afternoon. Two fire tenders were pressed to douse the blaze.

Though no casualty was reported so far in the fire mishap, properties worth lakhs kept in shacks were reduced to ashes in the incident.

According to reports, the inferno broke out after a slum dweller out of fury allegedly torched his own house over family fight with his wife. The fire spread to other houses rapidly. Most of the residents residing at the shanties were from outside the state and are said to be vendors.

Local police rushed to the spot and started an investigation into the incident.