Telkoi:  Fire engulfed about 20 acres of cashew plantation in Keonjhar district of Odisha on Tuesday. Forest officials as well as Fire fighters are at the spot to douse the flames. The fire mishap took place in Deuladiha and Nuagarh village under Telkoi block in this district.

As per reports, some miscreants allegedly set afire the dry hays at about 1 pm today which later spread to around 20 acres of land. Accordingly the cashew plants there came under the flames of fire. 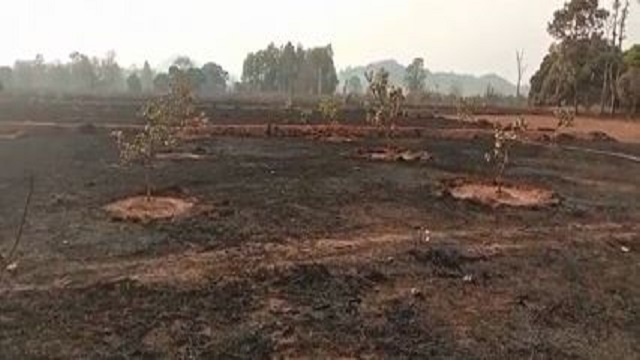 After getting information fire fighters and personnel of the Forest Department rushed to the spot and started dousing the flames. Till this report was written, the fire fighters were trying to douse the flames.

It has also been reported that a few piles of straw kept in the houses of Ada Munda and Dasaru Munda of Mandei sahi also came under the flames in this fire mishap.