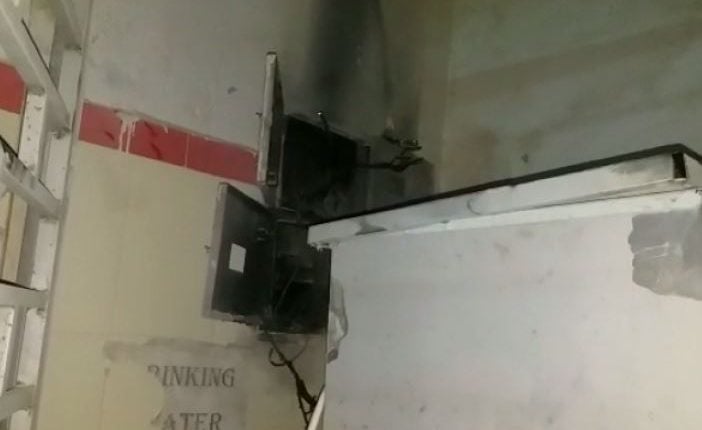 Jagatsinghpur:  Patients were left in a state of panic in Jagatsinghpur District Headquarters Hospital (DHH) last night after fire broke out on its premise following an electric short circuit.

The incident took place at around 2 am in the night in the Gynaecology Department of the hospital when over 50 in-house patients had been admitted in its wards. They were immediately taken to a safe location after one of the patient attendants spotted the smoke billowing out of a switchboard located near a water cooler and raised an alarm.

Additional District Medical Officer (ADMO) reached the hospital this morning to take stock of the situation.

While a major mishap was averted, patients and their relatives have blamed the lackadaisical attitude of the DHH staff for the incident.