FIR against Congress MLA for misbehaving with woman 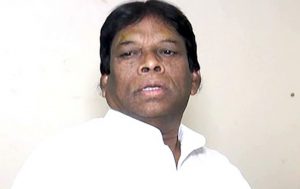 Talsara: A woman on Wednesday lodged an FIR against local MLA Prafulla Majhi and five of his aides, accusing them of misbehaving with her over a case of property dispute.

The woman is identified as Namita Naik of Katangdihi village under Sadar police limits in Sundargarh district.

In her police complaint, Namita stated that Majhi and his supporters forced her to vacate the agricultural land where she was working with her daughter.

The Congress MLA, along with his aides, also attempted to outrage her modesty and threatened her with dire consequence when she opposed their demand, the woman alleged.

However, the Talsara Legislator rejected the allegation against him and said the charges are baseless and politically motivated.

The MLA also filed a counter complaint against the woman saying that she was illegally occupying the land owned by his wife. The woman abused them when his supporters requested her to vacate the said land, he claimed.