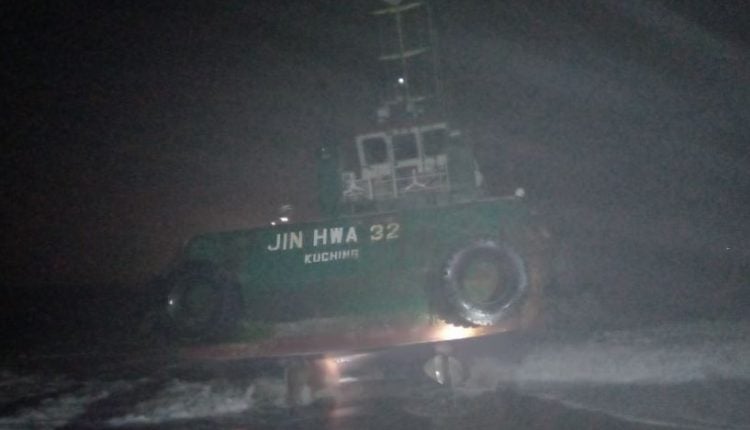 Puri: The Malaysian cargo ship Jin Hwa 32, which had been stranded near Rajhans beach in Odisha’s Chilika Lake since August 7, was evacuated last night.

A special tug boat from Singapore and a 15-member team from Malaysia successfully towed the stranded ship back into the deep sea at around 10 PM last night, after several hours of the effort.

Notably, the Malaysian cargo ship headed to Vishakhapatnam drifted towards the Odisha coast apparently due to technical problems. The ship with 10 crew members, one of them being an Indian, remains anchored near Rajhans beach.

Fearing the oil leakage from the ship which could have a threat to the marine ecosystem in Chilika lake, the State government on August 28 began the process of extracting oil from the Malaysian cargo.