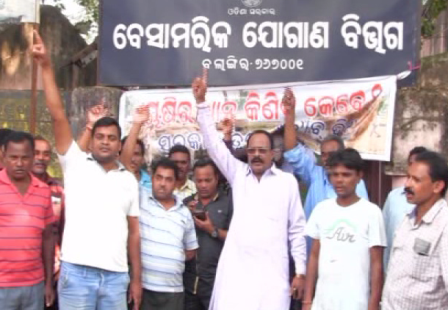 Led by Mahasangh’s president Sudhir Parichha, the agitating farmers vehemently criticised the inordinate delay of district administration in setting up Mandis under different Primary Agricultural Co-operative Society (PACS) in Balangir. They claimed that in absence of Mandis farmers are getting exploited in the hands of unscrupulous middle men and fail to get the best prices for their produce.

“Farmers resentment has cropped up in the district since the administration failed to keep its promise made during a District Level Procurement Committee (DLPC) meeting on November 6, in which it was decided to set up rice Mandis in every PACS. Since then little progress has been made in this direction”, said Parichha.

Farmers would intensify their stir in the district in coming days if Madis are not set up on an urgent basis, he warned.