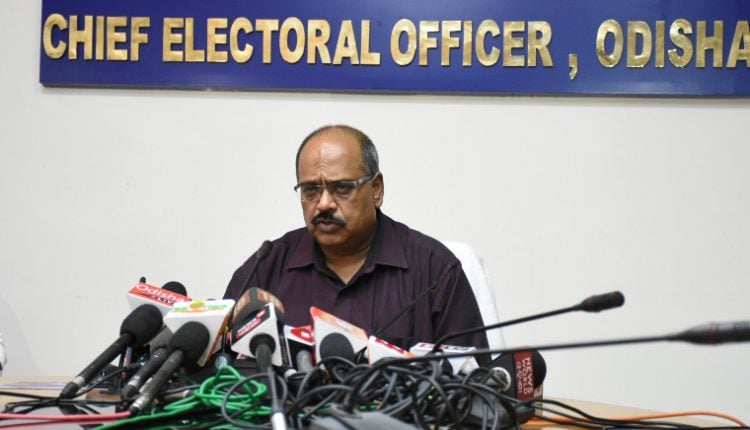 Bhubaneswar: The Election Commission of India (ECI) today gave its nod for the shifting of polled Electronic Voting Machines (EVMs) in the State as a precautionary measure against possible damage by the approaching sever cyclonic storm ‘Fani’.

The approval of the ECI came in response to Odisha Chief Electoral Officer (CEO) Surendra Kumar’s recommendation earlier, in which he conveyed the former about the danger to strong rooms in Jagatsinghpur and Gajapati districts in case of the Fani onslaught.

Depression In Bay Of Bengal, Heavy Rains Predicted In Odisha…

Depression To Turn Into Cyclone By Tomorrow, 12 Districts Of…

The CEO had also sought ECI’s attention for retrofitting and waterproofing of the EVM strong rooms of 55 Assembly constituencies in 14 districts.

After the ECI’s approval the entire EVM shifting process will be conducted in presence of the poll candidates of the particular constituencies. A videography of the shifting will also be done to ensure transparency.