Sonepur: The family members of a woman have lodged a Police complaint alleging that the woman’s new-born baby was exchanged in the hospital soon after the birth of the baby. The incident took place in Sonepur of Odisha on Wednesday.

As per reports, Banita Jhankar from Gandapali village in Ulunda block of Subarnapur district was admitted to the District Head Quarter Hospital in Sonepur following labour pain. Six days back she delivered a baby. 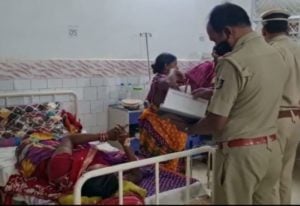 According to Bisikesan, the husband of Banita, the hospital staff informed him that his wife has delivered a baby boy. However, later the staff said that it was a baby girl and handed over him a new-born baby girl.

Suspecting it to be a case of new-born child exchange, family members of Banita have filed a complaint with the Police in this matter.

Check out these budget friendly prepaid plans of BSNL