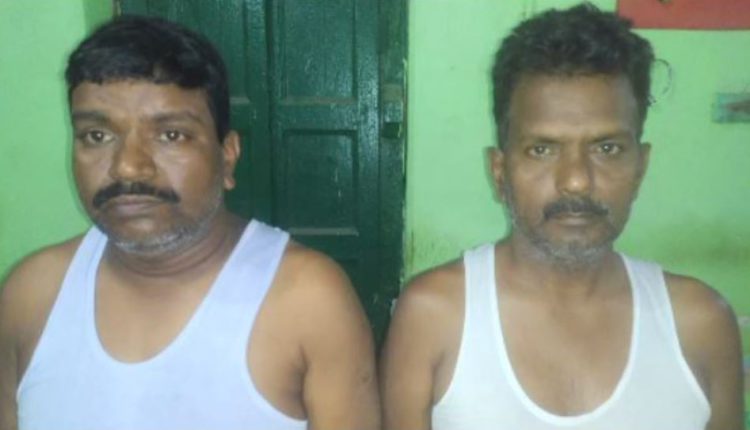 Baripada: A fake currency notes racket has been busted in Baripada town of Mayurbhanj district in Odisha late Wednesday night.

According to reports, the police have seized the counterfeit notes valuing almost Rs. 83,000 and arrested two accused persons in this connection.

The accused have been identified as  Rakhahari Rana (50) and Rasbihari Rana (45) of East Singhbhum district in Jharkhand.

On receiving a tip off, a team of Baripada Town police rushed to the spot and arrested the two accused while they were trying to flee.