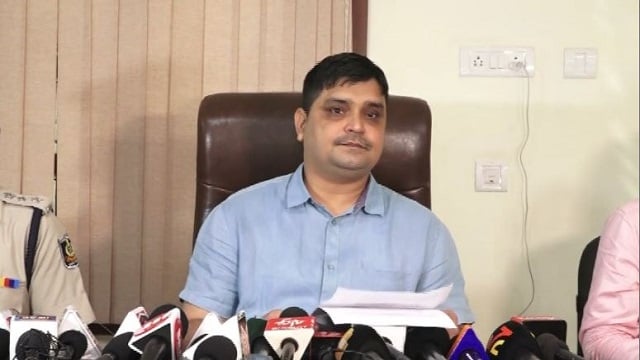 Cuttack: In the fake medicine seizure case of Cuttack in Odisha, two more accused persons have been arrested on Wednesday, informed Cuttack DCP Pinak Mishra. After this two, the total number of accused persons in the case has become 6.

The two new accused persons who were arrested today in the case have been identified as Shiva Kumar Kayal and Mahendra Kumar Modi.  Both of them are medicine stockists from Cuttack.

Girl student attacked with knife in Cuttack, reason of…

Body of girl recovered from canal in Odisha’s Cuttack

Body of woman recovered from beauty parlour in Cuttack

As per reports, the two new accused persons who were arrested today own medicine farms in Nimchoudi and Nayasadak area in Cuttack. As per the information, more than 8000 (eight thousand) fake tablets (medicines) were seized from their medicine farms. The two did not ordered for medicines from the C&F recommended by the company but had received fake medicine from a dealer from Bihar to get more profit. Cuttack DCP informed about it today.

Sections 420, 336, 326, 486 and 34 of the Indian Penal Code (IPC) have been framed against the two accused persons by Commissionerate Police. Purighat Thana Police arrested them. Police are also likely to bring both of them on remand for interrogation.

It is to be noted that two separated cases had been lodged in Purighat Police Station in Cuttack on September 23 in the matter of fake medicine selling in Cuttack. Police had conducted raids and seized a huge amount of fake medicines. Earlier  as many as four people had been arrested in this connection and now two more people were held. Police had also visited other states for investigation of this case. Further investigation of the case is underway.

Toyota Innova Hycross teased ahead of its official launch

Odisha: Dhauli Shanti Stupa to remain closed for visitors on this day