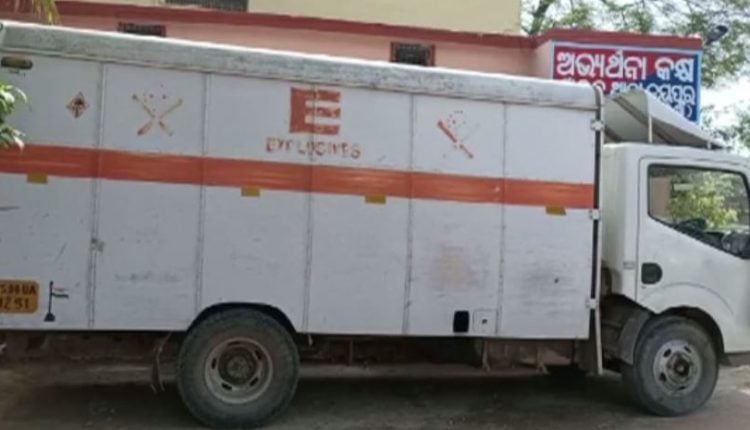 Jaypore: A truck filled with explosives has been seized from Jaypore district of Odisha.

The truck has been seized by the Jaypore town police  during night patrolling.

Reportedly, the truck was carrying the explosives from  Hyderabad to Malkangiri.

A fine of Rs. 51 thousand has been imposed on the explosives laden truck.

The driver and helper have been detained and are being questioned by the police.