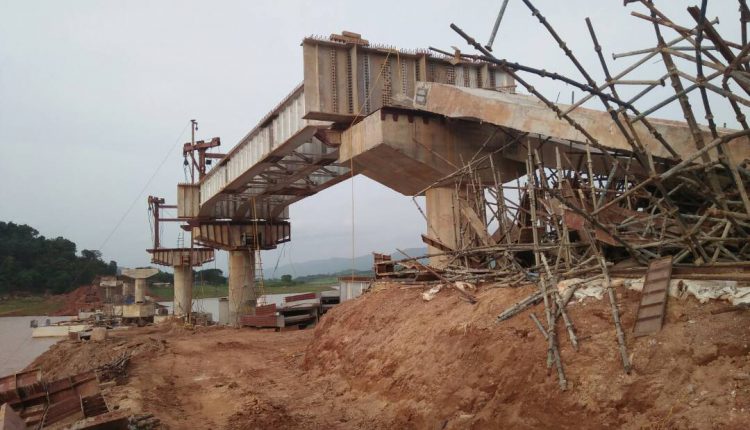 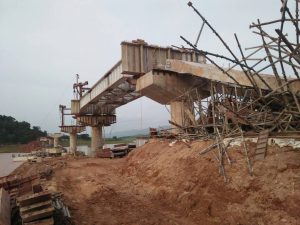 Bhubaneswar: The Government of Odisha on Wednesday announced an expert team of engineers would investigate the Gurupriya bridge mishap in Malkangiri district and submit a detailed report to the Secretary, Works department in this regard.

Notably, a concrete slab of the under-construction Gurupriya Bridge collapsed on Tuesday, when around 50 labourers were working on the spot. However, no one was hurt in the incident.

Works Secretary Nalini Kanta Pradhan said, “The mishap occurred due to heavy winds; the welding work should have been conducted before putting the slab over the pillars.”

“We have asked the company to clear the area and resume work as soon as possible,” he added.

This is the second such incident since the commencement of the construction of Gurupriya Bridge by a Kolkata-based company in 2015.

Four pillars between pillar 12 and 13 located in the deep water zone had tilted last year forcing the State Government to redesign the construction work of the bridge.

Gurupriya Bridge, a dream project of Chief Minister Naveen Patnaik, is slated to connect about 30, 000 people living in 151 villages spread over 25 panchayats, who are presently cut off from the mainland by the Chitrakonda reservoir.