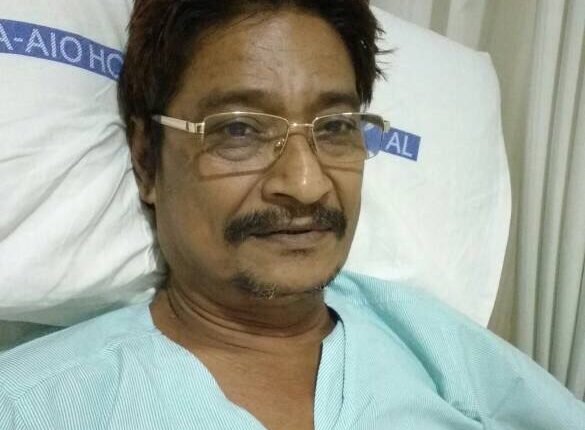 Bhubaneswar: Renowned Odia Actor Minaketan Das, who enthralled the audience for long through his acting, breathed his last at his Atala residence in Balianta at 2:35 AM today. He was 56.

Minaketan was suffering from Pancreatic Cancer and was treated at Mumbai-based Asian Cancer Institute before being brought back to Bhubaneswar after the doctors there gave up. Although he was known as a ‘Bad Man’ on screen, he was a cordial and compassionate person in real life.

Minaketan who passed away at a very early age of 56, has left a big impression in Odia Film, Television and Theatre industries.

The actor, who made his debut in the Odia film ‘Gangasiuli’ was last seen in the play ‘Badmash Minaketan’, which was a big hit.

Eminent personalities from the world of entertainment gathered at his residence to pay their last respects to the departed actor.

Chief minister Naveen Patnaik condoled Minaketan’s death saying  “Saddened to learn of the demise of actor Minaketan Das. It is a great loss for Odia film industry. My thoughts & prayers with his family.”

Minaketan’s body will be taken to Swargadwar in Puri for the last rites this afternoon.

History! India gets GST at the stroke of Midnight