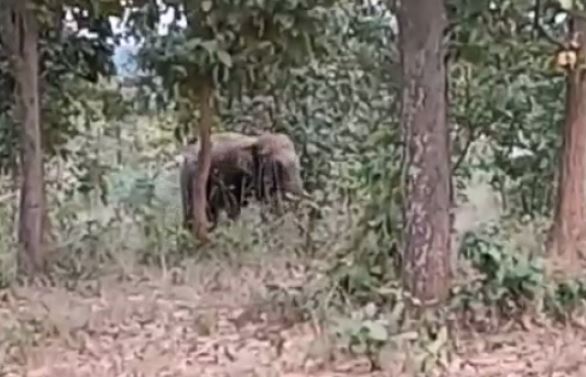 As per the report, a wild tusker which had sneaked into the village late last night in search of food went on to damage vast stretch of cabbage, potato, onion and banana cultivation.

Locals were left in a state of panic after the jumbos roamed freely on the streets in the village.

Forest officials rushed to the spot immediately and launched efforts to drive away the pachyderms.

Locals have alleged the forest officials have turned blind eye to the regular incidents of elephant incursions in Telkoi area.