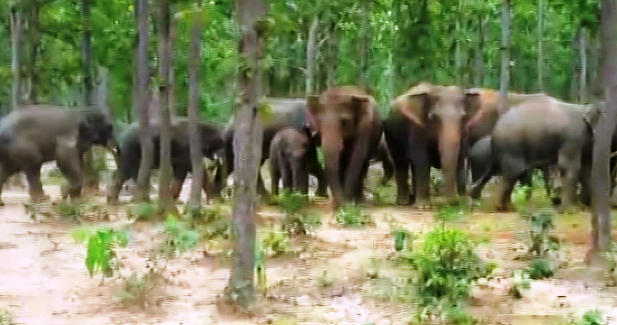 Sundergarh: People of K.Balang village under Banki forest range in the district have been in a state of panic as a herd of wild elephants strayed into human settlement and destroyed houses and crops last night

Sources said, a herd of 40 wild elephants from Jharkhand forest strayed into the village last night and went on a rampage, damaging several houses and standing crops in the village.

The jumbos were last seen moving at nearby forest of the village this morning.

The villagers, who had experienced a sleepless night due to such menace, urged the forest officials to take immediate steps to drive the animals away from the villages.

Meanwhile, the forest officials informed that efforts are being made to drive away the elephants into the jungle.

Alia Bhatt To Work With Father Mahesh Bhatt In ‘Sadak 2’

Odisha: More than 1 lakh primary teachers to protest in PMG…

SSC recruitment for over 45000 vacancies for constable GD…