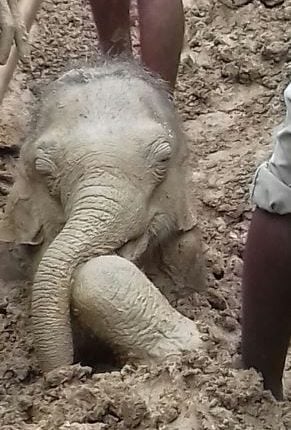 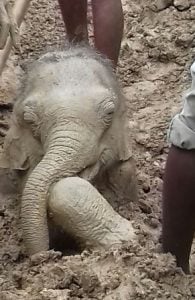 Jharsuguda: An elephant calf died after falling into a railway trench in Teldihi village under Bagdihi Forest Range in the district on Friday.

The calf was spotted inside the trench dug for railway work by some workers this morning. As they called up Bagdihi Forest Range office, the officials immediately rushed to the spot and fished out the baby elephant’s body.

The calf is believed to be four-month-old and might have been separated from a herd which had sneaked into the village Thursday night in search of food, informed forest officials.

The dead body of the calf was sent to Jharsuguda later in the day.