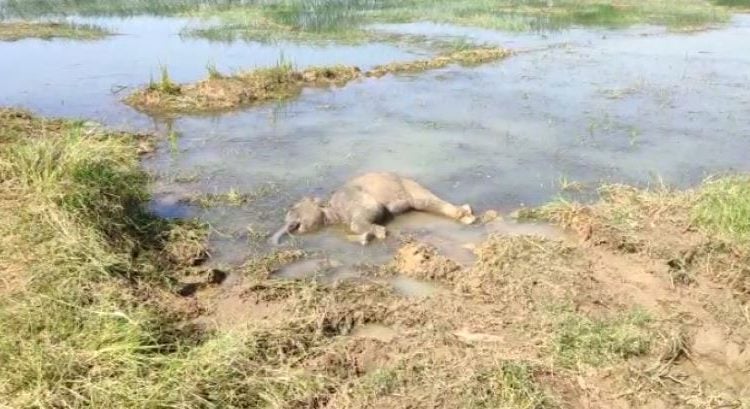 Balangir: In an incident that can sadden the animal lovers of Odisha, an elephant calf was found dead in Turekala Block of Balangir district in Odisha on Saturday.

According to reports, an elephant herd had entered Dumerchuan village under Terekela block late at night yesterday. This created panic among the villagers.

On being informed, the forest officials ousted the jumbos from the village. While the elephants fled the village a baby elephant got trapped in the nearby Dumerchuan dam and died.

The officials of the forest department suspected that the wild animal might have died while being rescued by the herd.

It is noteworthy to mention here that an elephant herd of 30 jumbos including 6 calves had caused widespread damage of crops in the area for the last one month. The dead calf is suspected to be a part of this herd of 30 elephants.

Pregnant Woman Among Four Critical In Road Mishap In Odisha