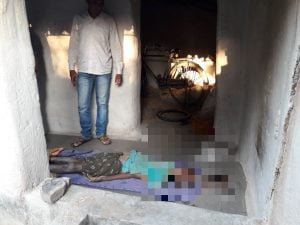 Nuapada: In yet another case of man-animal conflict over dwelling place, an elderly man was trampled to death by a wild pachyderm at Bhainshamundi village under Nuapada police limits in the district on Monday.

The deceased has been identified as Lati Pandey (60) of Uribari Sahi in Bhainshamundi village.

The deceased was on his way to attend a call of nature at around 6 am this morning when the mishap took place. He was chased and attacked by a wild tusker near a pond in the village and died on the spot. The body of the deceased was spotted by villagers later in the morning.

Nuapada Police have reached the spot and sent the body for post-mortem. Nuapada Forest Division officials have also been informed on the incident.

On the other hand, people in Bhainshamundi are in a state of panic following the elephant attack, as five more tuskers have been seen roaming near the village.