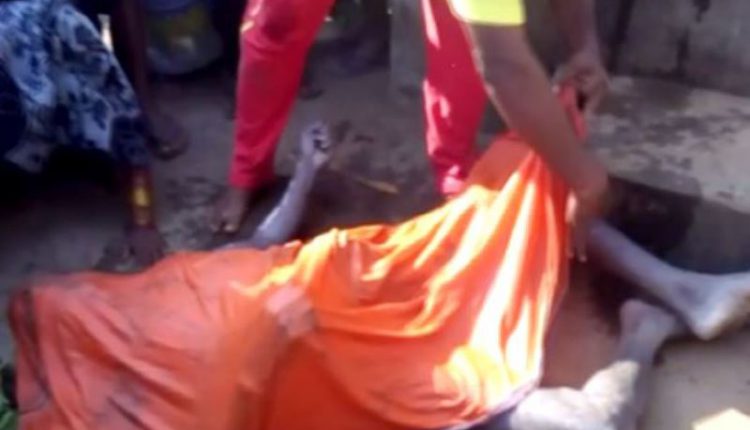 Khordha: Tension ran high in Bhusandapur village under Tangi Police Station area in the district on Tuesday after an elderly man was found dead in an abandoned well, after remaining missing for two days.

The deceased has been identified as Prabhakar Behera.

Family members of the deceased had lodged a complaint with Tangi Police after he went missing from his house on Sunday. While police failed to trace him despite an intensive search in and around the village, his body was spotted floating in an abandoned well in the area by some locals, early in the morning.

Hundreds of arid locals protested in the village following the incident and blamed police’s negligence for the death. They also demanded a thorough probe into the incident suspecting it to be a case of murder.