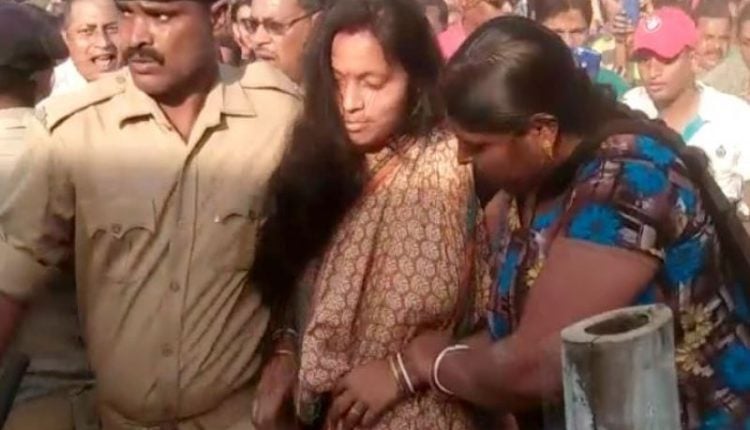 Bhubaneswar: In an important development, CM Naveen Patnaik today ordered the Odisha Police to withdraw all charges framed against Rejeswari Kamila, the woman who targeted him with eggs during a public meeting in Balasore on January 31.

Kamila had been arrested by police after she hurled three back to back eggs at the podium where Naveen was addressing the crowd at Talasari on the day of the incident. While one of the egg hurled by her reached the pandal, the second was intercepted by the security personnel in the air and third fell in the no man’s land. She was protesting her husband and BJP leader Dilip Kamila’s detention by police ahead of CM’s visit to Balasore.

While police had dropped Section 307 of IPC against Kamila on February 5, the Sections like 353, 332 & 506 would be withdrawn following CM’s order today.

Kamila, who had been brutally roughed up by BJD leaders following the incident was admitted to Balasore District Headquarters Hospital and later shifted to SCB Medical College and Hospital in Cuttack.