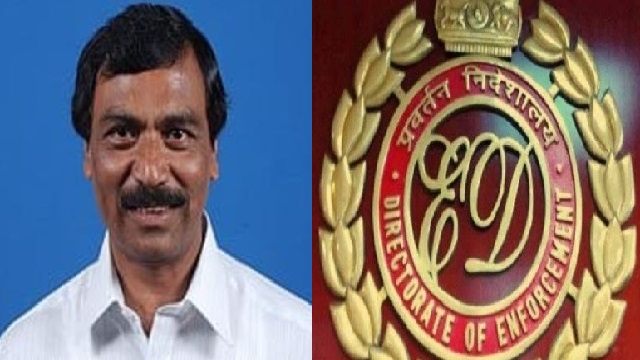 It is to be noted that the ED officials began the raids at two places of Patnaik in Bhubaneswar and two places in Joda of Keonjhar district including his house which is situated near the Sai Temple at Joda and his office at Baneikala Chawak and another house in the Surya Nagar area of the State Capital City since 8 am on May 11.

The raids were conducted on the allegation of money laundering against him. Several objectionable information including digital evidence have also been found.

Till the last reports came in, ED has recorded Jitu Patnaik’s statement under Section 17 of the Prevention of Money Laundering Act, 2002. He has been summoned to appear at the ED Bhubaneswar office. The raid was conducted on the basis of an FIR and charge-sheet.

It has been learnt that the government suffered a loss of Rs 130 crore.

“There was a vigilance case against my father Late BD Patnaik. ED has conducted a search against me as I am the legal heir of my father,” said Patnaik while speaking to Kalinga TV. He added that the seized cash amount of Rs 69 lakh belongs to the petrol pumps and the salary of employees whereas Rs 133 crore is white money.

“I have made the fixed deposits of the salary and dividend of Patnaik mines. Hence, I have no black money. Ed has summoned me to provide every detail in writing on May 22. I have also paid a penalty of Rs 23 crore,” added Patnaik.

It is pertinent to mention here that Jitu Patnaik has several mines block in Joda area. However, he had allegedly carried out mining illegally from 1999 to 2009 due to which the Odisha government had to bear a loss of revenue to the tune of Rs 130 crore.