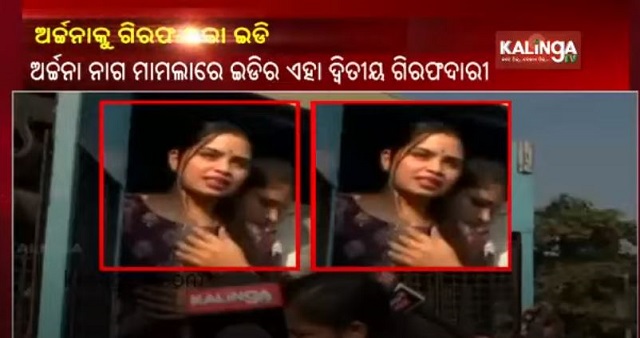 Earlier today, the couple Archana Nag and Jagabandhu Chand were produced before the SDJM court, Bhubaneswar in connection with the blackmail and extortion case. The ED sought a 15-day remand for both Nag and her husband.

The ED had taken Nag on seven day remand to dig more in the case.

Nag was arrested on October 7 on charges of honey-trapping high-profile and rich people and extorting money from them. Her bail plea was rejected by the Sub-divisional Judicial Magistrate (SDJM) court in Bhubaneswar on October 17.

Worth mentioning, her husband Chand was arrested from his Satya Vihar residence in Bhubaneswar on October 21. Yesterday, Jagbandhu had appeared before the High Court and prayed for bail.

Reportedly he had prayed for bail in the Court relating to the case he was charged by the Khandagiri police station. Earlier, the district court had rejected Jagabandhu’s bail application relating to this case.