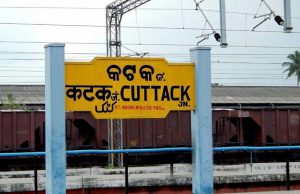 Bhubaneswar: East Coast Railway (ECoR) on Monday announced that the routes of several trains would be diverted and some trains would be cancelled while others would be short terminated due to the safety related modernisation and grid separation at Cuhttack railway station in Odisha from August 18 to 28, 2017.

78504/78503 and 78502/78501 Palasa-Bhubaneswar-Cuttack-Palasa Passenger will be short terminated and originated from Mancheswar station while the service will be cancelled between Mancheswar and Cuttack from both the directions.

On the other hand, train services via Cuttack station will be diverted via Barang, Naraj and Kapilas road for ten days. These trains include Hawarah-Puducherry express, Thiruvanthapuram-Howarh express, Puri-New Delhi express, Bhubaneswar-Bangoripishi express among others.