Election of new Vice-President on Aug 5 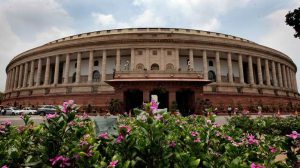 New Delhi: The Election Commission on Thursday announced the poll schedule for the post of Vice-President of India.  The election will be held on August 5 and results will be declared the same day.

Nominations for the election will begin on July 4 and continue till July 18.

The term of the incumbent Vice-President, Mohammad Hamid Ansari, ends on August 10.

Ansari held the post of Vice President for two consecutive terms. He was first elected to the post on 7th of August, 2007 and then re-elected in 2012.

The Vice President is elected by an electoral college comprising members of both the houses of Parliament.