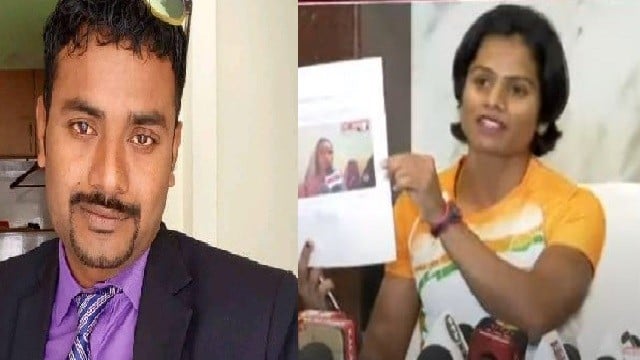 Bhubaneswar: The Mohila Police of the Commissionerate Police in Bhubaneswar took the arrested editor of web channel Sudhanshu Rout and his associate Smruti Ranjan Behera on a remand on Monday.

According to reports, a team of Mohila Police Station took both Sudhanshu Rout and Smruti Ranjan Behera on a one-day remand from the Jharpara Special Jail to grill them over the defamatory news against sprinter Dutee Chand.

Cops are likely to ask them who was prompting them to defame Dutee and what is the main reason behind telecasting such defamatory news against her.

It is to be noted here both Sudhanshu Rout and Smruti Ranjan Behera were arrested after Dutee lodged a complaint against them and a social activist Pradeep Pradhan alleging that they had published objectionable content against her prior to the Tokyo Olympics, which had an adverse impact on her performance. She had also filed a Rs 5 crore defamation case in civil court in Bhubaneswar in this regard.

Based on her complaint, the Mahila Police arrested both Sudhanshu Rout and Smruti Ranjan Behera and produced them before the Court of the SDJM Court in Bhubaneswar. The Court sent them to 14 days of judicial custody after rejecting their bail petition.

Police had applied before the court to take Sudhanshu Rout and Smruti Ranjan Behera on a 7-day remand but the court granted the investigating agency to take the duo only on one-day remand, said sources.

Sidharth Shukla’s family urged everyone to respect their privacy