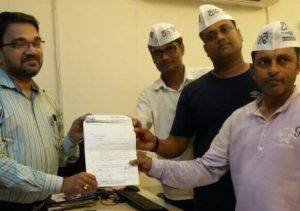 Bhubaneswar: Responding to the demands of Odisha unit of Aam Aadmi Party (AAP), Dream Team Sahara (DTS) CEO on Monday assured reservation for Senior Citizens in the City Bus Service within a month.

A delegate of the state unit of AAP, under the leadership of its secretary Nandlal Singh, had put forth its demand with senior officials of DTS on August 19.

Seeking reservation for senior citizens in the city buses being run from Bhubaneswar to different nearby cities like Cuttack, Puri and Khurdha, the party had submitted a memorandum to the DTS officials.

AAP activists had claimed that their government in New Delhi had made the same facility available for the elderly people in all city buses.