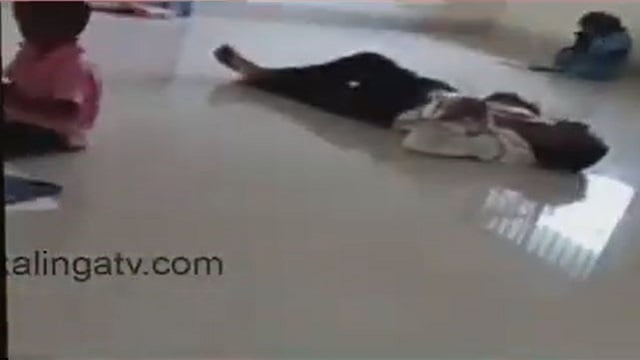 Sundargarh: In a shocking incident, a teacher identified as Pradeep Kumar Patel was continuously found drunk inside the school premises in Odisha.

The incident was reported from the state-run primary school at Kisanpada under Lephripada Block in Sundargarh.

Allegedly, the teacher used to misbehave with the school children and sleep on the floor and create a ruckus.

The villagers had complained to the  school authorities against a teacher but there was no response from them.

The police was informed, they reached the spot and started investigation into the matter, further details in this matter is awaited.