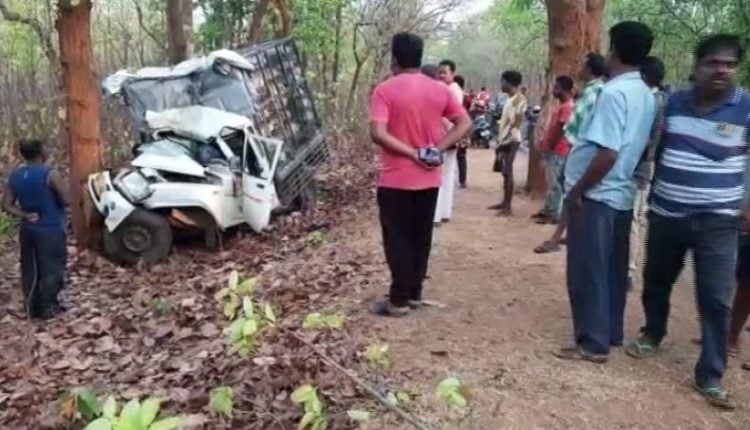 Karanjia: A poultry-laden mini truck rams into a tree near Chainbasi petrol pump at Thakurmunda-Karanjia Road in Mayurbhanj district on the wee hours of Sunday killing the driver on the spot and leaving the helper of the vehicle critically injured.

Sources said, a mini truck carrying chickens was on its way to Thakurmunda from Kapilas. The driver lost control over its vehicle and hit a tree near the road killing the driver on the spot and the helper sustained critical injuries.

The locals rescued the injured helper and via 108 ambulance admitted to the Thakurmunda Community Health Centre (CHC) and later he was shifted to SCB Medical Cuttack after his health condition deteriorated.