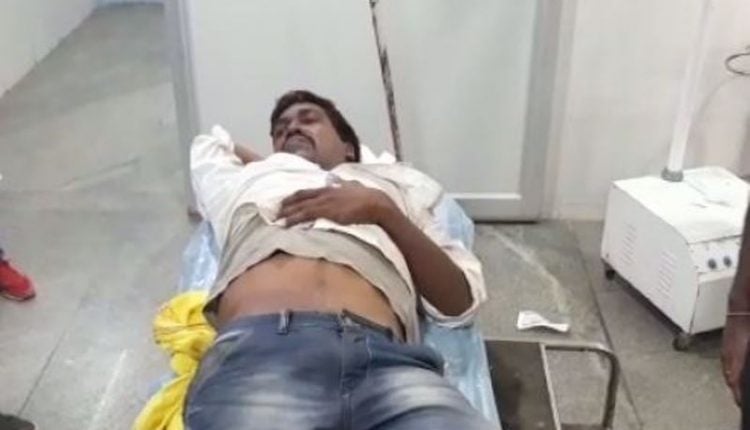 Cuttack: Wanted criminal Guru Charan Patra alias Guria was arrested by the Commissionerate Police following an encounter in Jagatpur area in the city last night in which he sustained bullet injury.

A joint team of the Twin City Commissionerate Police and Jagatpur Police conducted the raid at around 9 PM in the night after getting specific information on Guria’s whereabouts. After the police team surrounded Guria, who was spotted roaming near Bargudia canal, he hurled a country bomb targeting the force which missed them. Later he tried to escape from the spot by opening fire at cops in which Jagatpur IIC Anil Beuria had a close shave.

Guria was caught after he sustained bullet injury on his right leg in return fire by police. Cops also seized one pistol, three live cartridges and a country bomb from his possession.

While a number of cases against the arrested criminal have been pending at different police stations in Cuttack district, he was on Commissionerate Police’s radar over his involvement in at least three bomb hurling cases.