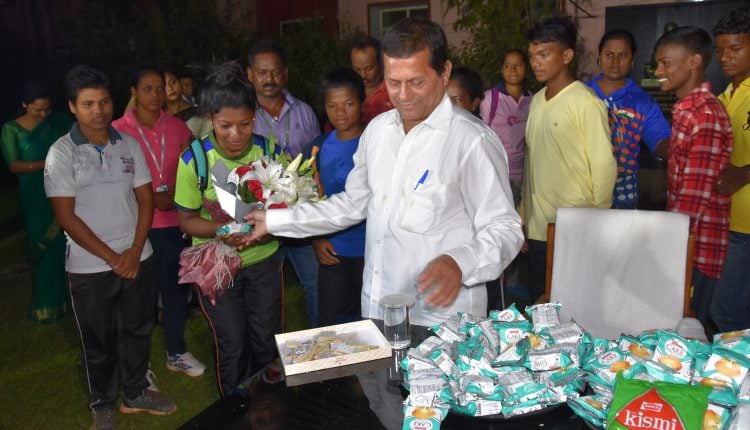 Dr. Samanta, who defeated his nearest rival (BJP’s Aira Kharabela Swain) with a huge margin of 1,49,216 votes, was greeted by the KISS students who congratulated him for the thunderous victory. Dr. Samanta also distributed sweets and other eatables to students and thanked them for their love and best wishes which ensured his victory in the polls.

At a press meet later, Samanta hailed Biju Janata Dal (BJD) chief and Odisha Chief Minister Naveen Patnaik for showing faith in him. “I express my gratitude to Shri Naveen Patnaik, the chief minister of Odisha, for reposing faith in me and giving me an opportunity to serve the people of Kandhamal.”

He also gave credits for his success in the election to the people of Kandhamal and hailed his party workers and others for their support and efforts.

“I will work towards bringing all-round development in Kandhamal district and fulfill all the promises that I made. I will prioritise my efforts in realms of employment, agriculture, irrigation and infrastructural development of the tribal-dominated district to make sure that every individual leads a better, happy life” said Dr. Samanta.

Couple hangs themselves in Angul village over failed love