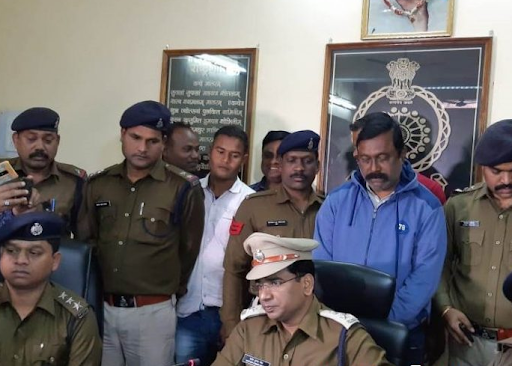 Bhubaneswar: The three-day remand of double murder-accused former MLA of Brajarajnagar Anup Sai will end with Chakradharnagar Police in Chhattisgarh will end today.

During the Marathon interrogation of three days, police have got vital information on the gruesome killing of Kalpana Das and her daughter Babli who were killed and then mowed down by SUVs by Anup and his driver Bardhan Toppo in 2016.

Similarly, the Raigarh SDJM Court will make a hearing on the plea for a Narco test of Anup filed by police.

The defence lawyer had earlier conveyed the court that it should not allow police to conduct Nacro test on Anup as he suffers from heart-related ailments.

Notably, the weapon and one of the vehicles used in the crime have still not been found. The other vehicle, a Toyota Innova owned by Anup has been seized by the police.

BJD Protests To Imposition Of Hindi By AIIMS, Bhubaneswar On People Of Odisha