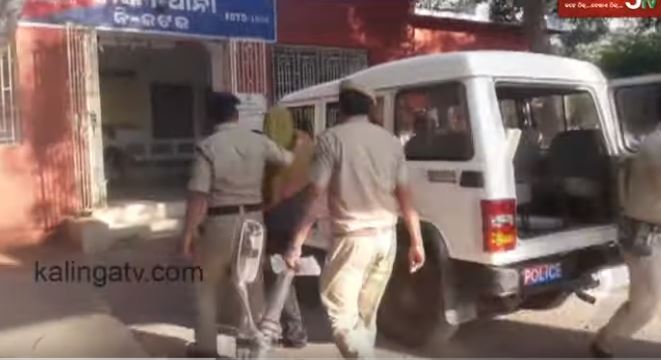 Banki: Normal life came to a standstill in Banki following a 12-hour bandh call given by Congress demanding justice in the double murder of a journalist and a woman Sarpanch’s husband a few days back.

Vehicular movement came to a standstill and shops along with other business establishments remained shot due to the bandh observation which started at 6 am today.

Led by former MLA Debasish Patnaik Congress activists took to the streets and resorted to picketing starting from the morning during the protests. They also staged road blockades at various places by burning tyres.

Notably, the deceased Aditya Ransingh had a past political rivalry with a group of people in Nuagaon village. The rival group had later hatched a plan to eliminate him later.

As per the plan Kalia and his aides laid a trap on Khajuripada road by tying GI wires to trees and waylaid Aditya and two others who were travelling with him on bike. Later, they hacked Aditya and one of his aides namely Bhagaban Swain to death on the spot. Another friend of Aditya namely Ranjan Singh managed to flee from the spot.

Congress is demanding impartial inquiry into the murder by Crime Branch.