The minor was admitted to the government hospital after stomach pain. The doctor took the minor inside the doctors chamber 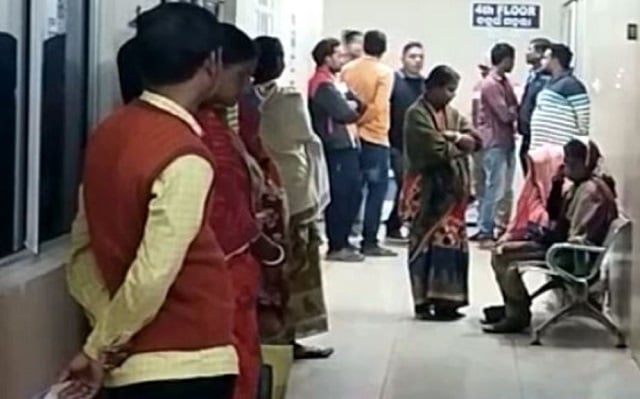 Mayurbhanj: A minor girl was allegedly molested by a doctor at Pandit Raghunath Murmu Medical College and Hospital in Baripada of Mayurbhanj district when she went there for treatment following stomach pain.

The doctor identified as Sourav Upadhaya has been detained by the Baripada town police.

Report says, the minor was admitted to the government hospital after stomach pain. The doctor took the minor inside the doctors chamber and did not allow anyone inside the room.

After sometime, the minor girl came out of the chamber weeping and narrated the entire incident to her parents that the doctor touched her inappropriately during health check-up. On learning about the incident, the family members protested at the hospital.

The family members allege to arrest the accused doctor and take strict action against him. But the accused denied all the allegations. Later, the mother of the victim had filed a complaint against the doctor at the police station.

On basis of complaint, the doctor have detained the doctor and have started a probe into the matter.

In the matter of the molestation complain by the family members of the minor girl, the doctor was arrested on Tuesday evening.