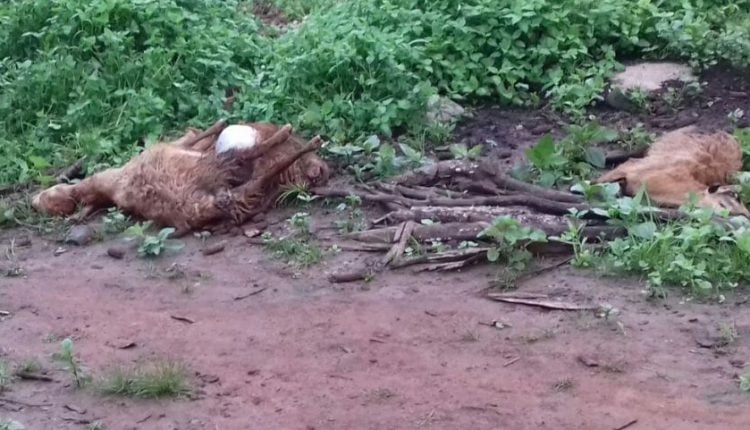 Umerkote: In a fresh round of sheep killing in the state, 13 sheep were found killed by some mysterious creatures in Daldali village of Sunabeda panchayat leaving the locals in a state of panic. Earlier, such incidents were reported from Niali, Bhanjanagar and several other areas of the state.

One Jiban Khilo from the village said the mysterious creatures had attacked Jisudan Khilo’s sheep on Sunday night, leaving 13 out of the 15 in the stable dead.

In most of the carcasses, the intestines had been ripped out and there were injury marks on the neck and head of the animals. This is the first such incident reported from Nabarangapur district. The villagers have compared this incident with the killing of hundreds of sheep in Niali area of Cuttack district and Bhanjanagar in Ganjam.

Sheep owners in the area are panicky after the incident and have decided to guard thire sheds during the night.

Forest officials were informed on Monday evening that the meat of the dead sheep was consumed by the villagers.

Surendra Mandangi, Jiban Khila, Sona Khila, Ajit Pangi, Swadhin Khara of the Daldali village have demanded compensation from the Forest Department for the loss of sheep.

10 bodies consigned to flames together in Sambalpur village