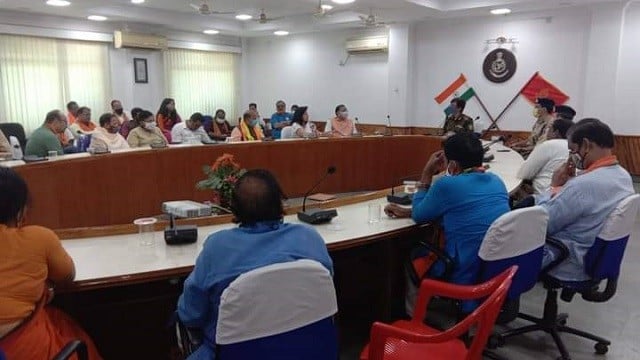 The BJP workers took out a rally from Matamath Chhak to the DGP office today demanding justice for the slain leaders.

Also, a minor scuffle took place between the protestors and police in front of the DGP office as the protesters tried to enter the office premises. However, later some senior BJP leaders went inside the premises and the meeting was held.

Sand Prices Likely To Soar Beyond Imagination In Odisha