Diesel tanker goes up in flames after crash in Cuttack, 2 hurt 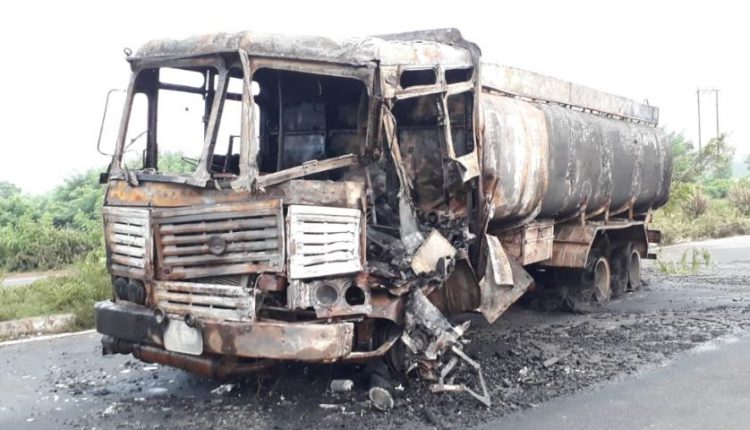 The victims have been identified as the driver and the helper of the tanker, who had a close shave from the accident.

The mishap took place at around 1.30 am in the night while the tanker was en-route to Berhampur carrying a diesel consignment. The driver of the vehicle reportedly lost control over the wheels due to some reason and ended up hitting a road divider.

As the friction during the crash triggered fire the whole tanker went into flames suddenly leaving commuters on the highway in a state of panic.

A local youth namely Mitu Behera helped the driver and conductor duo to somehow come out of the burning tanker to save their lives. However, the duo sustained critical burn injuries and were rushed to a hospital in Bhubaneswar immediately.

Though, Tangi Police and fire services personnel rushed to the spot and doused the flames later, till then the tanker had been reduced to ashes completely.