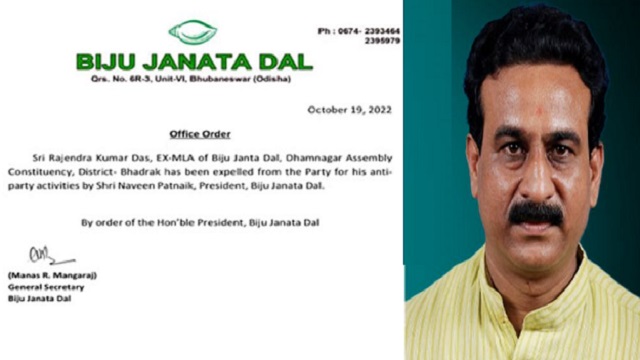 He was expelled from BJD by the party supremo Naveen Patnaik himself.

It is noteworthy that Rajendra Kumar Das did not get a BJD ticket for the upcoming Dhamnagar bypoll. Hence he filed nomination to contest the election as an independent candidate.

It is worth mentioning that, BJD has chosen Abanti Das as its nominee for the Dhamnagar by elections.

Viral video: Students punished to stand in the sun for failing to pay school fees in UP