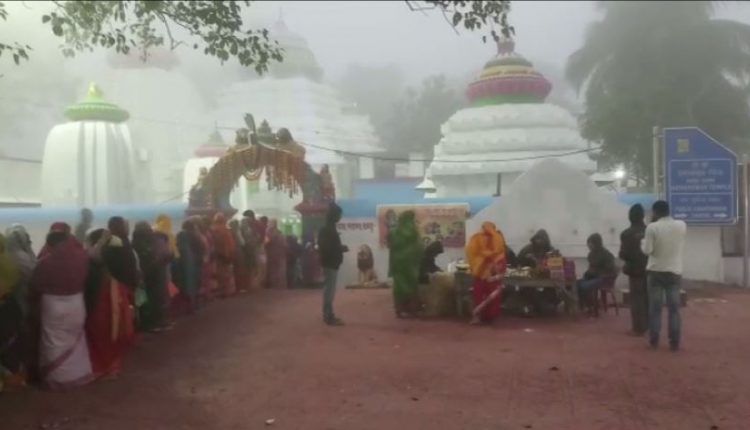 Begunia: A huge crowd of devotees assembled in the holy Lord Hatakeswara Temple, situated in Begunia of Atri block on the occasion of Makar Sankranti.

The rituals and customs started in the wee hours of morning. A long line of devotees were seen waiting to catch a glimpse of the God.

Hundreds of devotees assembled to witness the ritual of ‘Gua Khoja’. There is a belief that if a woman who intends to be pregnant, eats the ‘gua’ or ‘beetle nut’ from the well she is sure to carry a child within a year. Due to this popular belief a huge number of women are seen participating in this ritual.

A fair has also been organised here for Makar Sankranti and will continue for the next 15 days. Stringent security measures have been taken by the District Administration to avoid any untoward incident.