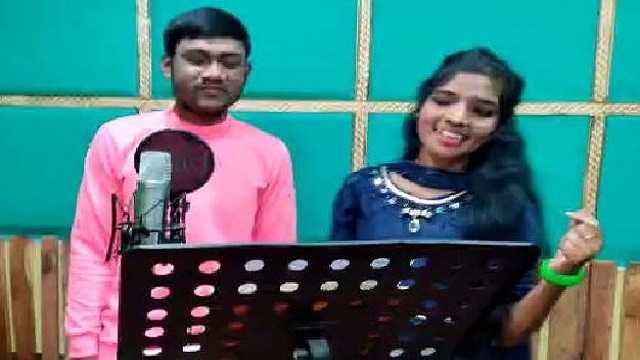 Koraput:  Folk singer Akshay Semarlia, a known singer of Desia music from Dasmantpur in Odisha’s Koraput district is again in news thanks to his new song on Christmas. The singer has recorded a new song for Christmas in Desia language.

Akshay has not only lent his voice for the number but also has written the lyrics of the song. Sabita Pangi has lent her voice to the song as a debut singer in the song along with Akshay. Sabita hails from the Chitrakonda area in the neighbouring district of Malkangiri.

According to reports Akshay is a security guard by profession but has a huge passion for music. The recording for the song is already complete in a studio at Koraput and the song is scheduled for Christmas release.