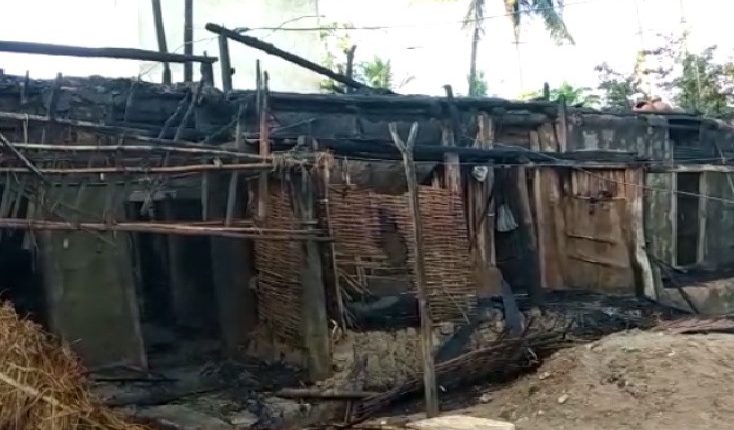 Nayagarh : At least five houses of five families were gutted in a massive fire that broke out in Srirampur village under Daspalla block in Nayagarh district of Odisha late last night as fire personnel allegedly refused to come for rescue operation.

Several household items, furniture and paddy worth over Rs 10 lakh were reduced to ashes in the fire mishap, villagers claimed. However, there were no casualties.

According to sources, the inhabitants of the village first saw the flames emanating from a house at around 12 midnight and spread rapidly in no time.

The villagers immediately called up the Daspalla fire station but the fire personnel refused to come for rescue operation citing their ongoing state-wide cease-work strike.

The helpless villagers then dialled the fire officer in the district headquarter but he couldn’t do anything due to the cease-work strike by the fire personnel.

The villagers put their best effort to douse the flames from their own sources but didn’t control the high flames.

On Monday, fire personnel across launched their cease-work strike across the state for an indefinite period of time. Over 5000 firemen, havildars, drivers of the fire department have joined the stir.

Tension at Utkal and Sambalpur varsities after night clashes