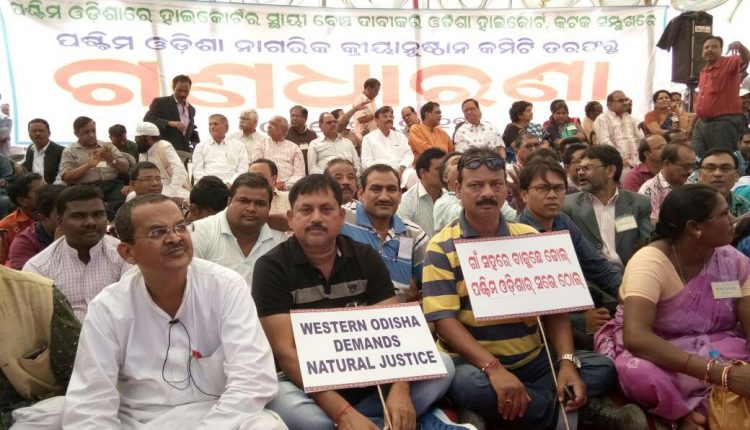 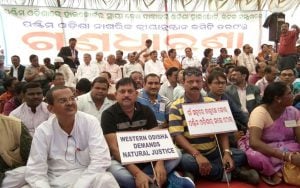 Cuttack: Thousands of people from different walks of life staged a sit-in demonstration near the Orissa High Court here to press their demand for setting up of a permanent High Court bench in Western Odisha.

“National Law Commission has already ordered the Orissa High Court to submit a report regarding the setting up of a permanent High Court bench in Western Odisha. We came here to press our demand to the Chief Justice of High Court to submit the required report at the earliest,” said Convenor of PONKC Prafulla Hota while talking to Kalinga TV.

Later in the day, a delegation led by Hota called on Chief justice of Orissa High Court Justice Vineet Saran and submitted their charter of demand.