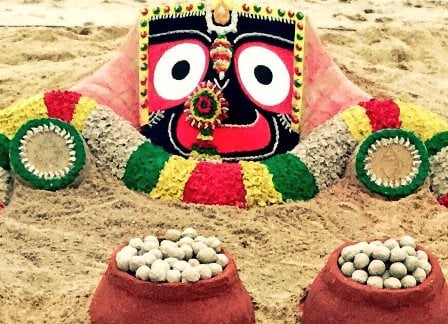 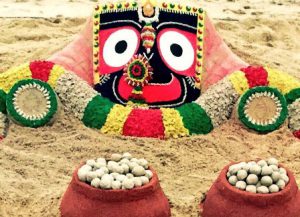 Puri: Marking the end to the world famous Ratha Jatra festivities, Lord Jagannath and his siblings are set to return to the Ratna Singhasana, their seat inside the Jagannath Temple, on the occasion of Niladri Bije today. But they have to contend with an Goddess Laxmi, who is upset with her husband Jagannath for visiting his aunt’s place without taking her along and is determined to stop their entry.  As per the legend, Lord Jagannath will offer his wife Rasagola to appease her as part of the ‘Bachanika’ ritual performed on Niladri Bije.

To mark the ritual, the State is celebrating the third ‘Rasagola Dibasa’ today. The celebration of ‘Rasagola Dibasa’ started two years ago, after a controversy erupted between West Bengal and Odisha over the origin of the popular dessert.

Even as the ‘Rasagola Dibasa’ is trending on social networking sites, claims and counter claims continue over its origin. Last year, around the same time, researcher of Jagannath cult Asit Mohanty had submitted an exhaustive report citing historical references pointing to the existence of rasagola in Odisha for centuries. Though the State Government formed three committees to seek GI tag for the syrupy dessert, the matter is yet to be resolved.

Indian sprinters get past first hurdle at Asians Athletics