The victim's father, Gangadhar Mohaptra has brought forth allegations against his daughter in law that she was engaged in an affair. 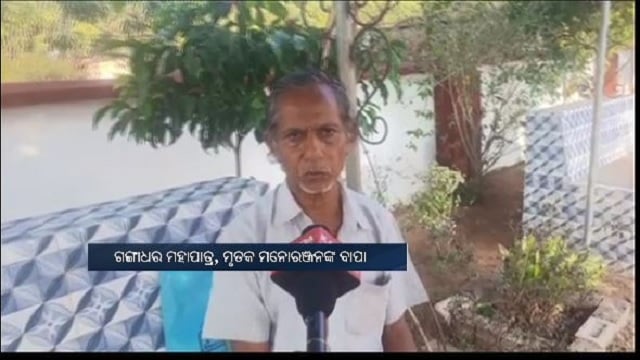 Tangi: There was a new development in the case of the dead body found in a suitcase in Odisha. It is now being speculated that extra-marital affair was the reason for murder. The murder case of Manoranjan Mohapatra which is being investigated by the Nachuni police in Khurda district, has gotten a new lead. The victim’s father, Gangadhar Mohaptra has brought forth allegations against his daughter in law stating that she was engaged in an extramarital affair. Daughter in law Nili conspired with her lover Bikram Sahoo to murder his son, he has said before the police.

Gangadhar also mentioned that Manoranjan had taken Rs 10Lakh from him. After the allegations made by the deceased’s father, the investigation has now taken a new turn. Police has recorded Gangadhar’s statement. The investigation may proceed based on his statement, police has said. According to reports, Manoranjan and Nili were in love before they got married.

Even though Gangadhar has accused Nili of having an extramarital affair, things have not yet been clarified. It is yet to be determined if Nili and Bikram were actually involved in an affair, and if so, then since when. There are also questions regarding if Bikram had pressurised Nili to get money from her husband. The motive and planning that went into the murder are still shrouded in mystery.

On the other hand, police have asked for permission from the court to conduct TI Parade of the accused persons.