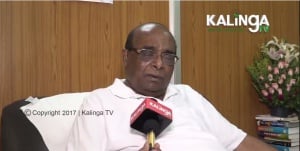 Bhubaneswar: In a major political development in Odisha, Veteran BJD leader and State Agriculture Minister Damodar Rout on Monday said that the ruling BJD would be ready to tie up with the opposition Congress party to check the communal forces in the state.

The veteran leader, however, stated that the final decision will be taken by the party supremo and Chief Minister Naveen Patnaik in this regard.

“Congress is a secular party. We have an ideological difference with the saffron party.Time has come to unite all the non-BJP and anti-communal political outfits to come together”, Rout said.

“We will welcome if the Congress joins us”, he added.

Rout also asked the Congress to submit a list of Assembly segments where they could confidently win the general polls in 2019.

Responding to Rout’s statement, senior Congress leader and former Nabarangpur MP Pradeep Majhi stated that it is very early to comment in this connection. However we will abide by the Congress high command’s decision to check the communal forces in the country.

“Rout is a veteran politician; he realises how the saffron party has been involved in divisive politics across the country since it came to the power at the centre in 2014. We have a great ideology of ‘secular country’ since our party was evolved. We  may be defeated in the ballot but we could not compromise our core values including ‘secular’ ideology”, Majhi said while speaking to Kalinga TV.

“Congress Vice President Rahul Gandhi will take right decision in right time for the larger interest of the people of Odisha”, he added.

Meanwhile, Union HRD Minister Prakash Javadekar, who has been in Odisha in his three day visit, said that the ruling BJD is now fearing the rising popularity of BJP in the state and the possible alliance of BJD and Congress would not affect the BJP in the days ahead.

“Congress is a zero; BJD is also a zero; joining of two zeros will make only a zero”, Javadekar said. “BJD-Congress combination will not affect the BJP in Odisha.”