‘Dabangiri’ of Advocate: Client thrashed, forced to do sit-ups in public 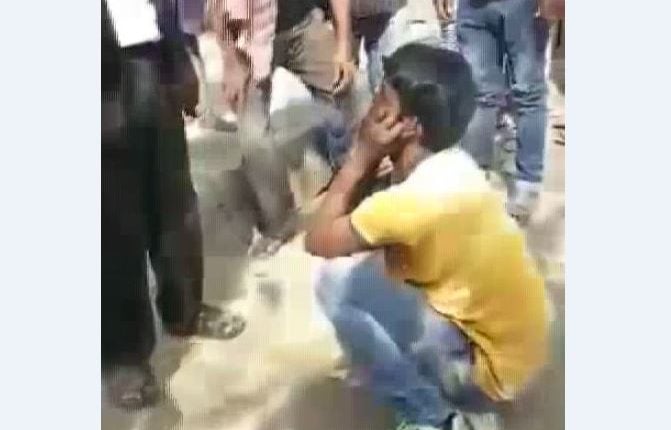 Nayagarh: In yet another incident of Dabangiri of an advocate in the State came to light on Monday after a video showing a senior advocate thrashing a client mercilessly in public went viral on social media.

The video which surfaced on the Internet features the advocate reprimanding one Ajay Parida of Bhapur panchayat in a market place and forcing him to do sit-ups. Importantly, when this happened people were seen turning mute spectators.

As per a complaint filed by Ajay and his wife Manisha at Fategarh in connection with the incident later, the accused advocate had taken Rs 5000 from them to get their ‘labour card’ done. But at a later stage, the lawyer failed to accomplish his task and Ajay asked him to return the sum for which faced the ordeal.

Meanwhile, Manisha has met Nayagarh SP over the matter and sought stringent action against the accused.

Coronavirus In India, as Kerala Put Itself on High Alert