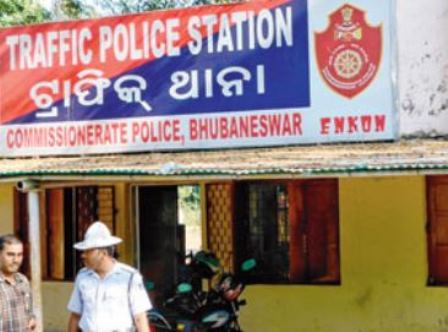 Bhubaneswar: Cyclone Fani has emerged as a relief for traffic violators in the city as the commissionerate police have stopped collection of fine. Police used to collect penalty of around Rs 1.5 lakh on daily basis for various traffic violations including driving without helmets and wrong side driving.

Deputy Commissioner of Police, Anup Kumar Sahoo said that collection of penalty has been stopped for the time being. “This is the time of distress as the city has been badly affected in the cyclone. So we have asked out men not to penalize traffic violators. However we appeal the residents to abide by the traffic norms for their own safety,” said Sahoo.

Police said that though the traffic wing of the Commissionerate police is not engaged for collection of penalty, they did their role by manning the traffic posts a day after the cyclone hit. “ All of them performed their duties in the posts a day after the cyclone and most of them assisted in restoration,” said a police official. The traffic wing of the police is currently functioning with around 200 policemen.