Cyclone Fani: Authorities Prep Up To Save Over 4,000 Deer At Balukhand Sanctuary 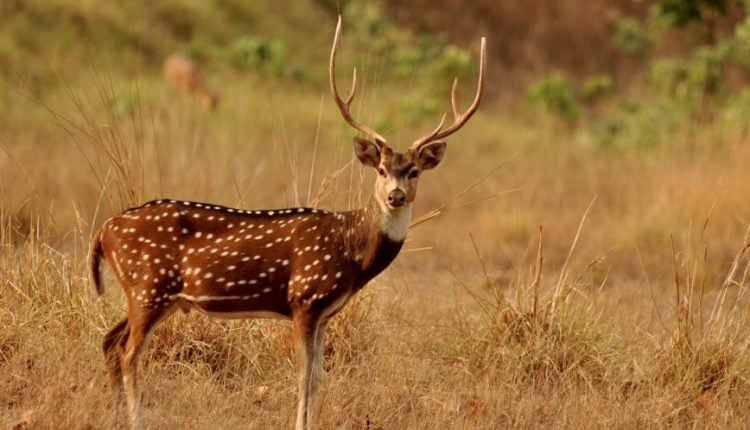 Puri: Over 4,000 Spotted Deer, a thousand birds and other animals at the Balukhand Wildlife Sanctuary in Puri district are under threat due to Cyclone Fani.

The Sanctuary, located along the Bay of Bengal coast between Puri and Konark is likely to be hit due to the severe cyclonic storm. However, the officials said that they have arranged for several veterinary doctors and put them on standby in case of injuries. District Forest Officer (DFO) Harshavardhan Udgata, said, “As of now it is likely to make landfall near Balukhand-Konark Wildlife Sanctuary. This is a major concern for us because it will devastate the Sanctuary which is home to nearly 4,000 spotted deer. Besides deers, monkeys, hyenas, golden jackals, porcupines, squirrel, jungle cat, mongoose, wild lizards, thousands of birds and more than 1 crore of trees are inside the sanctuary.”

“In the worst situation, we have to open all the three gates of the sanctuary so that animals should have the freedom to save their lives. We have kept several veterinary doctors on standby to treat animals in case of injuries,” he added.

Similarly, the Nandankanan Zoological Park in Bhubaneswar has also been closed for visitors from Thursday till Saturday.

Noteworthy, Cyclone Fani has intensified into an ‘Extremely Severe Cyclonic Storm’. It is expected to make landfall at Odisha coast near Puri on May 3 with a maximum sustained wind speed of 175-185 kmph gusting to 205 kmph.

Post-landfall, the cyclone is likely to pass through Khordha, Cuttack, Jajpur, Bhadrak and Balasore districts.

The India Meteorological Department has predicted heavy to very heavy rainfall in several coastal areas of the Odisha while giving a yellow warning to the coastal state.