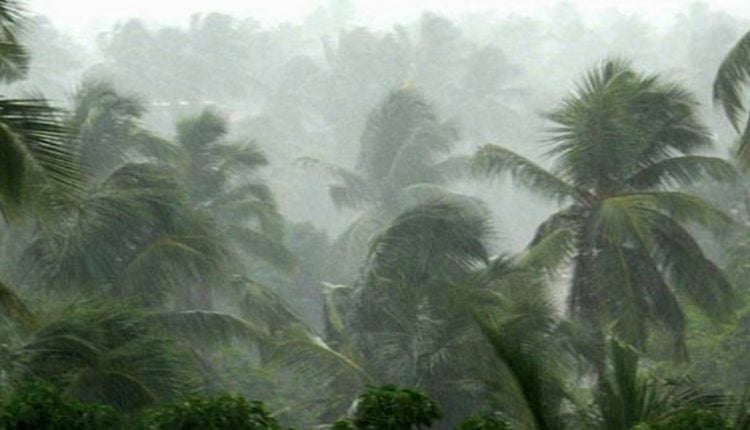 Bhubaneswar: The cyclonic storm is likely to intensify into a very severe cyclonic storm (wind speed of 118 to 220 kilometers per hour) in the next 24 hours and it will mostly trigger heavy rainfall in several districts of the State on May 10.

Under the impact of the cyclonic storm, heavy to heavy rainfall will commence in coastal districts from May 10 evening.  The districts include  Ganjam, Gajapati and Puri and they will experience maximum rainfall in the range of 7 to 11 cm on May 10.

Yellow warning with forecast of heavy rainfall has been issued for some places in five districts of Ganjam, Puri, Khordha, Cuttack and Jagatsinghpur on May 11. One to two places in the districts might also witness heavy to very heavy rainfall in the range of 11 to 20 cm.

Cyclone Asani is likely to bring wind speeds of 40 to 50 kmph gusting up to 60 kmph in coastal areas of Odisha.

Odisha government has made arrangements for evacuation of about 7.5 lakh people in 18 districts if any such emergency situation arises out of the impending cyclonic storm, informed State Special Relief Commissioner (SRC) Pradeep Jena.

So far, 5610 boats have returned now. All the boats will return to the shore by 12 noon. There are currently 1,075 boats in the sea, informed SRC via tweet.

A 24-hour control room has been set-up in view of the cyclonic storm and have been asked to keep coordination between the officer and special relief commissioner in the district level.

The fisherman have been advised not to venture into the sea and danger Signal 1 have been issued to all the ports in Odisha.